It’s the most sensational case of the decade. Fifteen-year-old Jessica Silver, heiress to a billion-dollar real estate fortune, vanishes on her way home from school, and her teacher, Bobby Nock, a twenty-five-year-old African American man, is the prime suspect. The subsequent trial taps straight into America’s most pressing preoccupations: race, class, sex, law enforcement, and the lurid sins of the rich and famous. It’s an open-and-shut case for the prosecution, and a quick conviction seems all but guaranteed—until Maya Seale, a young woman on the jury, convinced of Nock’s innocence, persuades the rest of the jurors to return the verdict of not guilty, a controversial decision that will change all their lives forever.

Flash forward ten years. A true-crime docuseries reassembles the jury, with particular focus on Maya, now a defense attorney herself. When one of the jurors is found dead in Maya’s hotel room, all evidence points to her as the killer. Now, she must prove her own innocence—by getting to the bottom of a case that is far from closed.

As the present-day murder investigation weaves together with the story of what really happened during their deliberation, told by each of the jurors in turn, the secrets they have all been keeping threaten to come out—with drastic consequences for all involved.

Bookish Tip: Fans of Serial or any other true crime podcasts are going to love this one!

I finished The Holdout by Graham Moore in TWO days (which is pretty quick for me and my lifestyle) and was crazy shocked by how many low reviews this has gotten on Goodreads and Amazon.

Reader, let me just tell you……I LOVE THE HOLDOUT. It is so, so good. It’s crazy addicting, alluring, intense and entertaining. It could be considered a little soapy, a bit unrealistic but it’s a LEGAL thriller/drama. It has to have drama to work!

I love how it is written with the multiple point of views of the jurors. These jurors are not squeaky clean people and they all know it too. In fact, one – ahem, Rick – goes off the deep end after the trial.

I love the bond the jurors have EVEN after all this time.

I love Maya and her bad-ass (pardon my language) tendencies. Her drive to fight for herself and her gut instincts is nothing short of spectacular. I love how she takes a stand no matter the consequence. I also really love her boss, Craig. He too is a bad-ass.

By the end, The Holdout spun out a web of lies so big, the truth will never be revealed to the characters in this book. But you, reader – you will know the truth!

I got my copy of The Holdout through Book of the Month and you can too! Click on the photo below and receive your first box for just $9.99 using the code SKY5. 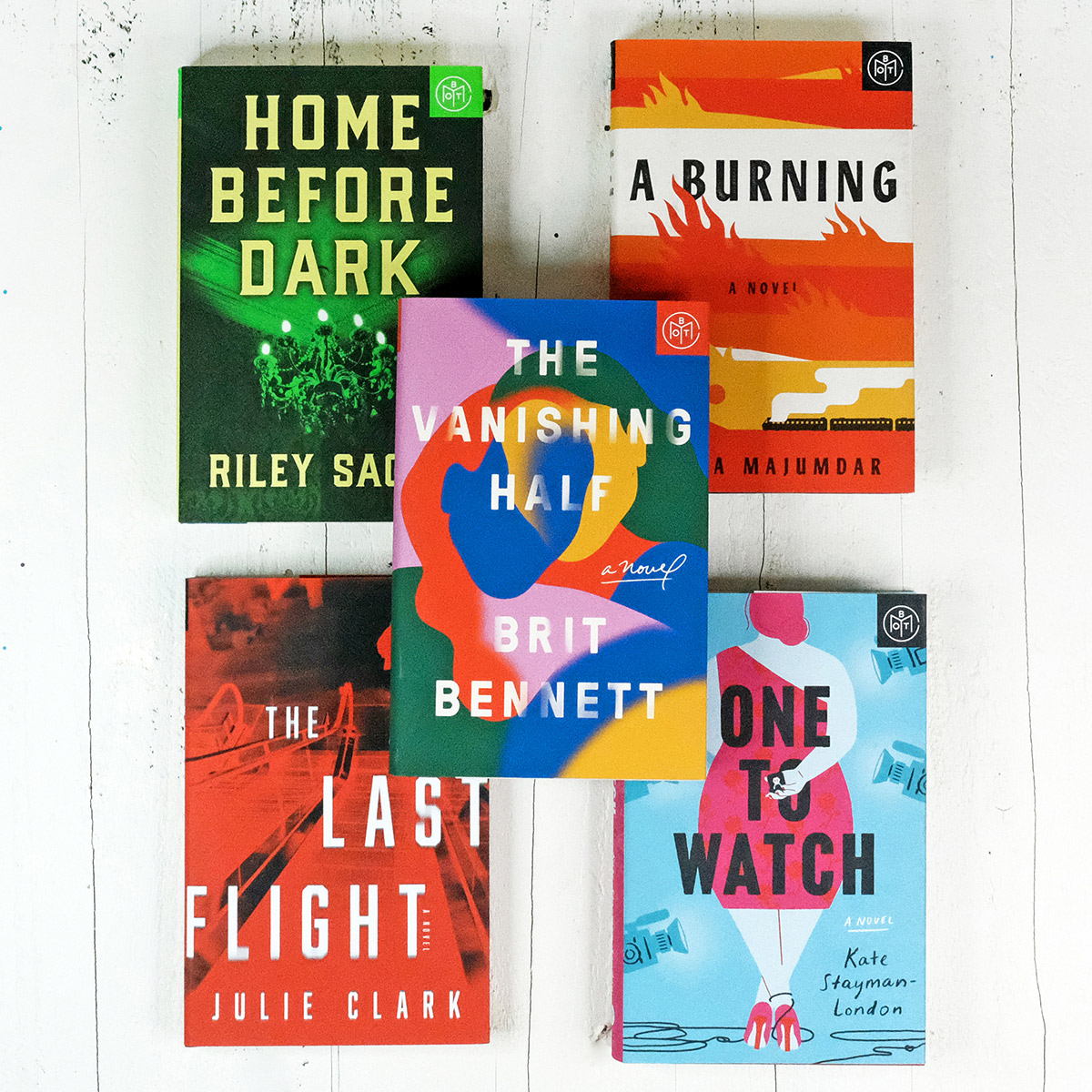