By Jennifer Mitchell, Bibliolater in Book Reviews, Fiction on February 18, 2020February 17, 2020
One comment

Claire is only seven years old when her college-age sister, Alison, disappears on the last night of their family vacation at a resort on the Caribbean island of Saint X. Several days later, Alison’s body is found in a remote spot on a nearby cay, and two local men – employees at the resort – are arrested. But the evidence is slim, the timeline against it, and the men are soon released. The story turns into national tabloid news, a lurid mystery that will go unsolved. For Claire and her parents, there is only the return home to broken lives.

Years later, Claire is living and working in New York City when a brief but fateful encounter brings her together with Clive Richardson, one of the men originally suspected of murdering her sister. It is a moment that sets Claire on an obsessive pursuit of the truth – not only to find out what happened the night of Alison’s death but also to answer the elusive question: Who exactly was her sister? At seven, Claire had been barely old enough to know her: a beautiful, changeable, provocative girl of eighteen at a turbulent moment of identity formation.

As Claire doggedly shadows Clive, hoping to gain his trust, waiting for the slip that will reveal the truth, an unlikely attachment develops between them, two people whose lives were forever marked by the same tragedy.

Bookish Tip: Pairs well with rum punch. You may need it to get through it.

Special thanks to Celadon Books for the advance copy in exchange for an honest review.

I have to be fully honest, Reader – even with the risk of Celadon not liking my opinion and thus never sending me an advance copy again – Saint X by Alexis Schaitkin is not my favorite. If I was not curious about the mystery surrounding Allison’s death, it could easily have been a DNF (do not finish).

The writing style is of a cyclical nature with few headings. The character telling the story switches often which makes the plot a bit confusing. It also makes it really hard to connect with anyone. The writing style is super wordy too. I love descriptions of places and people. I love backstory, too. But there is a thing as too much and well this is too much.

Saint X centers around the unfairness of life – how certain events can cause us so much pain and grief that a person can get stuck going through life / going through the motions instead of living it.

All in all, I was left with a feeling of disappointment. Allison’s death was anticlimactic which is a shame because I REALLY REALLY wanted to love this one.

Recommendation: I would pass on this one.

One of my favorite books of 2019, The Whisper Man by Alex North, was published by Celadon. I highly recommend it. The Silent Patient by Alex Michaelides is also a Celadon novel. I have yet to read this one but it made a lot of Best of 2019 lists.

Did you know you can get fiction books like Saint X and The Whisper Man through Book of the Month? A Book of the Month subscription offers 5 new titles (some times early releases) each month. You can get your first box today for just $9.99 using code word HEART. Click on the graphic below to learn more! 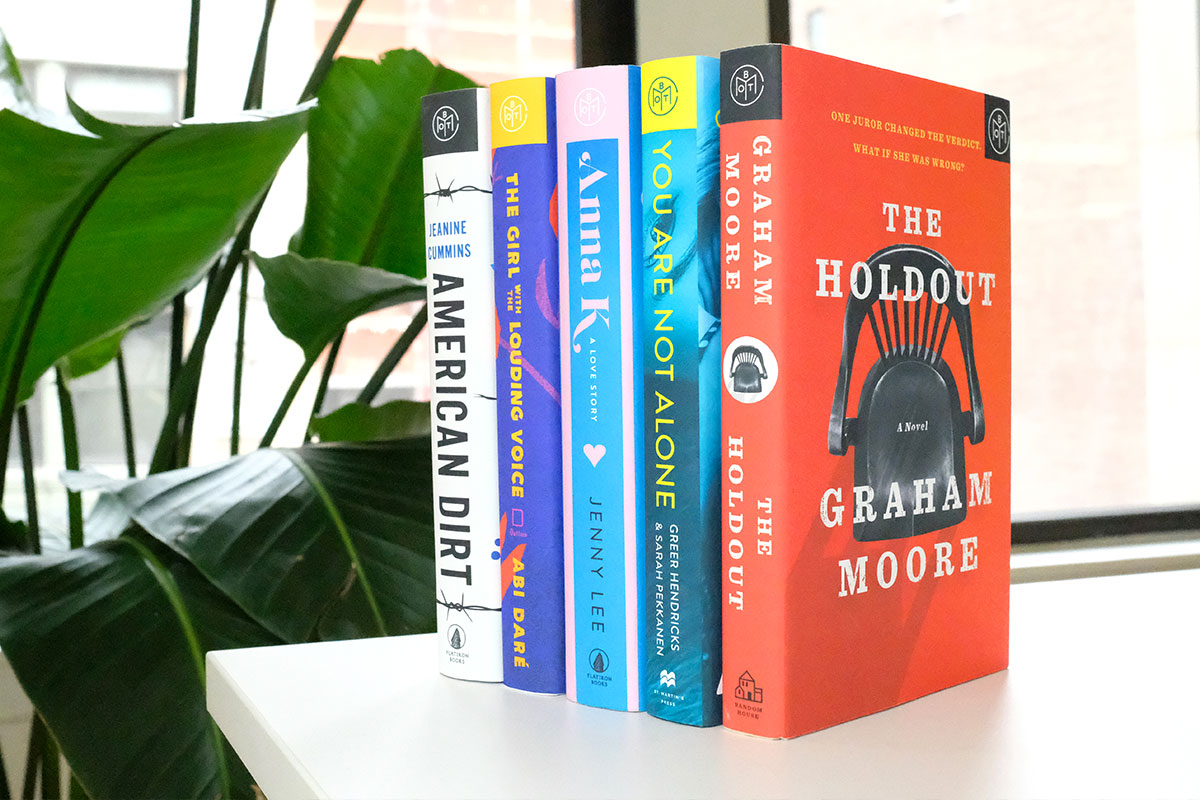