One Day In December

Bookish Tip: Give this book some time – you may want to have a glass of wine or a bottle of Jack to get you through the beginning…

Laurie is pretty sure love at first sight doesn’t exist anywhere but the movies. But then, through a misted-up bus window one snowy December day, she sees a man who she knows instantly is the one. Their eyes meet, there’s a moment of pure magic… and then her bus drives away.

Certain they’re fated to find each other again, Laurie spends a year scanning every bus stop and cafe in London for him. But she doesn’t find him, not when it matters anyway. Instead they “reunite” at a Christmas party, when her best friend Sarah giddily introduces her new boyfriend to Laurie. It’s Jack, the man from the bus. It would be.

What follows for Laurie, Sarah and Jack is ten years of friendship, heartbreak, missed opportunities, roads not taken, and destinies reconsidered. One Day in December is a joyous, heartwarming and immensely moving love story to escape into and a reminder that fate takes inexplicable turns along the route to happiness.

I have to be full out honest, as always. When I first started to listen to One Day In December by Josie Silver thru Audible, I could not stand the characters. I almost DNF (Did Not Finish) the book twice. And then I kept listening because I started to mock the characters.

Jack is a complete moron. He is a full out bloody wanker especially in the beginning. And Laurie is no better. But then as they grew up – the story starts with them somewhere between the ages of 22-25, the audio book began to grow on me as well.

And do you know what did me in? THE FLUFFING STOLEN MOMENTS. The stolen moments in One Day in December between Jack and Laurie – no matter how full of betrayal or deceit some moments may have been – are utter pieces are perfection. They pull at my heartstrings. They make me swoon. And by the end, I was full on invested and screaming for Jack and Laurie to finally get their s–t together.

One Day in December is the slowest of slow burns. It is a mesmerizing love story with stolen moments, misopportunities and a whole lot of angst. It is perfect for the holiday season.

I’m not the biggest reader of holiday books but this one hits all the right notes. Listen to it or read it. It’s a good one.

Give the Gift of Book of the Month Today! 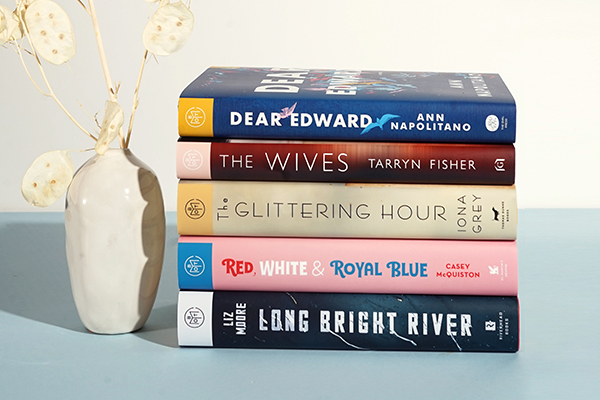 Give the gift of Book of the Month to you or your bookish family and friends. Join today for just $5 using promo code FAM5. Click on the graphic above for more detail.