Billy Winston’s family is going to see him happy and in love if it’s the last thing they do.

No one deserves a happily-ever-after quite as much as the second oldest Winston brother and his lady love, Claire McClure (aka Scarlet St. Claire). Cruelty and circumstance tore them apart almost twenty years ago. Secrecy and bitterness kept them separated.

But you know who’s tired of their separation and stubbornness? Everyone. Especially Billy Winston’s family. And now they’re going to do something about it.

Well-meaning interference means the star-crossed lovers can’t stop tripping over each other in the hills of Tuscany, the catacombs of Rome, and the waterways of Venice. Billy and Claire find themselves thrown together and at the mercy of the Winston siblings’ shenanigans.

But will their forced proximity bring them together? Or push them even further apart?

This second-chance romance brings back the entire Winston gang, playing cupid in one last story of love, hi-jinks, and family collusion.

BEARD NECESSITIES is a full-length contemporary romantic comedy, and can be read as a stand-alone, but it’s probably best read after books 0.5, 2, 3, 5, and 6 of the Winston Brothers series.

Bookish Tip: If you haven’t read The Winston Brothers Series, you really really should.

“Nothing lasts forever. Not a song, not happiness, not misery. Mere survival was no safer than living for hopes and dream. At the end, there will always be an end”. – Penny Reid, Beard Necessities

Special thanks to Penny Reid and Social Butterfly PR for the advance copy in exchange for an honest review.

How do you write a review for a book that is so beardingly perfect?

Beard Necessities by Penny Reid is EVERYTHING. There is so much emotion, so much love. It’s incredibly romantic and swoon-worthy.  It is the tie that binds – which is so incredibly fitting because Billy Winston is the Winston family tie.

Penny Reid writes the finale of the Winston Brothers Series as it should be: raw, emotional, humorous, and gushingly romantic with a generous side of Winston shenanigans.

Billy and Scarlet/Claire: The secrets that kept Billy and Claire apart….the ones they both held so close to their martyr hearts finally come out. Billy and Claire are stripped bare until they are both so raw that it is time to move on with or without each other.  Billy and Claire’s infatuation and need for each other is of the EPIC proportions….they just ooze love.  They are so much better together than apart.  I love how I felt this incredible sense of relief that we are finally, FINALLY here and that the Winston world is right again.

The Winstons: Billy Winston has taken care of his siblings all of his life. The fact that the Winston siblings see the need (High five to you, Cletus) to take care of Billy for once just hits me right in the feels. Billy needs his family just as much as they need him.  Their family bond is unbreakable and everlasting.  They are the way a family should be.  Plus, I could not stop laughing at all of the Winston sibling shenanigans and practical jokes!

Hidden Gems:  Penny Reid drops these amazing, hidden throw-back like gems throughout Beard Necessities.  The callbacks tie the entire Winston Brothers series together in a nice bow with no lose strings.  The gems also give this wonderful sense of nostalgia to readers….at least they did to me.  When Cletus says to Billy, “Astute woman is astute”, I nearly lost it.

Most Epic Epilogue: Penny Reid treats her readers to one EPIC epilogue that provides the greatest and most heartwarming conclusion. She leaves nothing out. My heart is satisfied; yet, I am so so very sad that the series is over. It is all so bittersweet.  My heart is full. My cup runneth over.

Recommendation: READ THE ENTIRE SERIES. Just do it. Live and feel the monumental love story of Billy Winston and Claire/Scarlet McClure from the beginning with Beauty and the Mustache. Relish in those tiny nuggets given through books 0.5 through 5, cry your eyes out through Beard With Me and then READ THIS BOOK!

Strolling to the desk, I set down the milk and cookies, crossed my arms and turned to face my brother. “You’re pointing out that Scarlet and I will see each other during various family functions.”

“And, therefore,” I continued reasonably, “I need to be nice to her.” I knew that already, and tonight—after watching her face crumple and feeling a part of my soul shrivel at the sight—I’d finally accepted it. I would be nice. I would be so damn nice. I’d be a saint.

But then Cletus said, “No, Billy. Not nice. Nice is for tea parties and doctor’s visits. You need to woo her.”

“That’s right. You need to woo the pants off her, hopefully literally, and then make that woman yours. Permanently. Once and for all. Put a ring on it. Woo is where it’s at. Jenn still has the centerpieces from our wedding if you’d like to borrow them.” During this enlightening monologue, he’d moseyed over and picked up the glass of milk and a cookie, dunked the cookie into the milk, and then took a bite just as he’d finished his listings of delusions.

“Why not? Those centerpieces are lovely. You don’t know your color scheme yet. Ask Scarlet before you decide.”

I ground my teeth. “Scarlet and I are never going to happen, Cletus.”

He shook his head firmly. “I’m disappointed in your lack of ambition, Billy. I thought we’d be on the same page. But I see now, I’m going to have to take a tough love approach.”

“I’m going to give you one chance,” he said, then pushed the rest of the cookie in his mouth and spoke around it as he continued, “One more chance is all you get. I’ve waited long enough for this and you know my feelings on delayed gratification.”

“It’s overrated.” He took a gulp of milk and picked up another cookie.

“I’m giving you one chance. One.” He pointed the cookie at me. “Tomorrow, you’re going to go find her, apologize to her for whatever that kerflufflefuck was I walked in on. Tell her you were suffering from temporary insanity, hopped up on illicit drugs, abducted by asshole probing aliens, whatever. I’m giving you one chance to make this right, and if you don’t take it, you are not going to like what happens next.”

Enter the giveaway for a signed paperback set of the entire Winston Brothers Series! 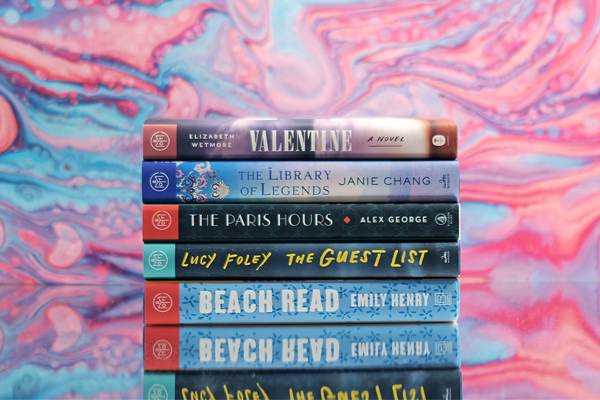