By Jennifer Mitchell, Bibliolater in Book Reviews, Fiction on November 22, 2019December 26, 2019
One comment

Bookish Tip: You don’t have to figure out how to pronounce names or places when listening with audio

“But in a solitary life, there are rare moments when another soul dips near yours, as stars once a year brush the earth. Such a constellation was he to me.”

In the house of Helios, god of the sun and mightiest of the Titans, a daughter is born. But Circe is a strange child—not powerful, like her father, nor viciously alluring like her mother. Turning to the world of mortals for companionship, she discovers that she does possess power—the power of witchcraft, which can transform rivals into monsters and menace the gods themselves.

Threatened, Zeus banishes her to a deserted island, where she hones her occult craft, tames wild beasts and crosses paths with many of the most famous figures in all of mythology, including the Minotaur, Daedalus and his doomed son Icarus, the murderous Medea, and, of course, wily Odysseus.

But there is danger, too, for a woman who stands alone, and Circe unwittingly draws the wrath of both men and gods, ultimately finding herself pitted against one of the most terrifying and vengeful of the Olympians. To protect what she loves most, Circe must summon all her strength and choose, once and for all, whether she belongs with the gods she is born from, or the mortals she has come to love.

Circe by Madeline Miller was a complete and utter surprise to me. I first noticed it on Bookstagram and then noticed it is as the 2018 Book of the Year for Book of the Month. So I decided to give it a try.

Since this is Greek mythology and I’ve had my fair share of exposure to Greek mythology with 4 years of Latin classes under my belt (no I did not go to private school / this was offered at my public high school), I knew I would struggle and fixate on the pronunciation of the names and places. And when I fixate, I usually do not enjoy the book as much. Therefore, I went with the audio book and it made all the difference.

Circe is an action-filled, mythological tale about the goddess of magic, Circe – daughter of the god Helios and the Oceanid nymph Perse.

Circe is misunderstood and neglected from the very start. Her family does not accept her as she is different then the others and does not have any powers. They berate her, belittle her and thus the tale of poor, pitiful, naive Circe begins…

Although Circe is perceived to be misunderstood and weak, she is in actuality selfish, greedy and needy. She is cruel, vengeful and deceitful. She makes monsters out of nymphs and turns men into pigs. Her vengeance sends her into exile on the island of Aeaea for eternity. Yet even in exile, Circe never takes responsibility for her actions, never sees her actions as hateful, always blames others….

Somehow, the brilliant Madeline Miller makes you want to like and sympathize with the goddess. And so, I found that I did.

In this beautifully written, magical tale, readers will be treated to gods and goddesses like Prometheus, Hermes and Athena, monsters like Scylla and the Minotaur, Greek heroes like Daedalus, Icarus, Medea and Odysseus and Greek tales as old as times. There is action, adventure, magic, love, loss.

Side note: the narrator, Perdita Weeks, is wonderful. I could listen to her read all day and hope to find more audio books with her as the narrator.

Read it. The alluring and fascinating tale of Circe is beyond amazing.

Speaking of Book of the Month….. 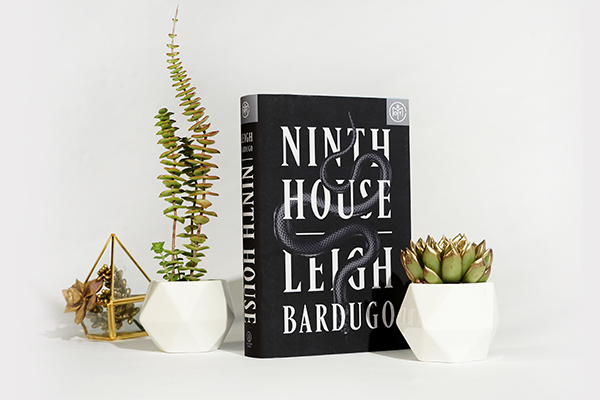 As I mentioned above, Circe was the Book of the Year last year. Voting has just begun for the 2019 book of the year. Voting is for members only. But it is not too late! You can join BOTM today by clicking on the image above. Make sure you use code SPY5 to get your first box for just $9.99. On more note….BOTM also has free shipping, always.