Book Review: In The Hall With The Knife

In The Hall With The Knife: A Clue Mystery

Special thanks to the Hachette Group for sending me an advance copy via a Giveaway. Here’s my honest review….

Hours later, his body is found in the conservatory and it’s very clear his death was no accident. With this group of students who are all hiding something, nothing is as it seems, and everyone has a motive for murder.

Fans of the CLUE board game and cult classic film will delight in Diana Peterfreund’s modern reimagining of the brand, its characters, and the dark, magnificent old mansion with secrets hidden within its walls. 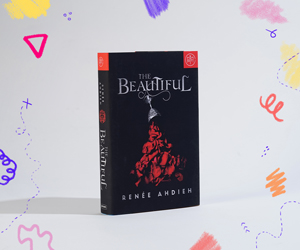 In the Hall With The Knife by Diana Peterfreund is the quintessential YA mystery that is absolutely perfect for a) readers that love the game of Clue and b) readers that want a soft Halloween read with mystery and spookiness but also want to go to sleep at night just fine.

The story is told through multiple point of views, switching between Scarlet, Mustard, Green, Peacock, Plum and Orchid. As in the game of Clue, none of the characters are truly likable. Each character has secrets and each has motive. Their own personal biases or agendas mark some as suspects and other as not. However, the multiple POV is needed because it adds more layers to the mystery of who killed the headmaster.

I love the Clue elements that were written in: a shady, mansion like dorm with a billiards room, the wrench, the knife, the rope, secret passages, etc. I can only imagine the fun Diana had writing this one.

My only issue is I felt like the killer who was a little obvious. But you know what? It’s a FUN and fast read. It brought a lot of entertainment, smiles, Ooohs and Ahhs.

Just one note……this book does end on a cliffhanger so Reader, beware.

Read. In The Hall With The Knife reminds me of watching a Scooby Doo mystery without the comedy or the Mystery Machine. I’m kinda excited to see where the series goes from here.

Wanna Buy The Fun For Yourself?

This site includes affiliate links as part of the Amazon Associate program. Clicking on the graphic and purchasing a product through the link will provide me a small commission from qualifying purchases (to buy more books, of course!) at no additional cost to you. 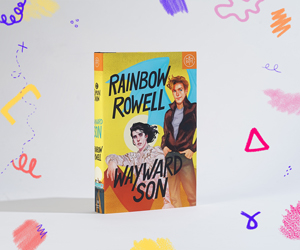 Did you know Book of the Month now offers a Young Adult box? October’s selections included Wayward Son by Rainbow Rowell. Click on the graphic and use offer code PSL5 to get your first box for $9.99 TODAY!