“To the people who look at the stars and wish……To the stars who listen – and the dreams that are answered.”

Recap per Goodreads**: Feyre survived Amarantha’s clutches to return to the Spring Court—but at a steep cost. Though she now has the powers of the High Fae, her heart remains human, and it can’t forget the terrible deeds she performed to save Tamlin’s people.

Nor has Feyre forgotten her bargain with Rhysand, High Lord of the feared Night Court. As Feyre navigates its dark web of politics, passion, and dazzling power, a greater evil looms—and she might be key to stopping it. But only if she can harness her harrowing gifts, heal her fractured soul, and decide how she wishes to shape her future—and the future of a world cleaved in two.

Review: This book is a lot..it’s long…there is a lot of information to process. However, this novel is SO SO good thanks to the brilliance of Sarah J Maas. Out of the four books published so far, this one is my absolute favorite. It has all the feels and I mean ALL the feels. There is mystery and action and adventure and romance. The plot is unique and not predictable. I didn’t see half of it coming. Yes, I’m sure, Reader, that you will have a premonition at the start of many scenes where you think…..Oh this cannot end well……and your premonition is going to be right …but what your premonition doesn’t know is HOW it all goes to hell. And the HOW is the best part.

For those who have read ACOWAR, please continue reading. If you have not, go, read it and come back! This is novel is hard for me to discuss without giving away spoilers. You need to experience this on your own first!

❤ Rhysand is everything you want in a hero. He is the most self sacrificing, loyal High Lord you can find. There is always a noble motive behind his actions. Most see it as being arrogant or evil but it is really Rhysand playing the role of a dark prick to help the greater good. It is really just Rhy being smarter than the other courts. And his actions are down completely out of love…for his people, for his friends, for his mate. It also doesn’t hurt that Rhy has the body of a God with the bonus of wings.

❌ Tamlin is a worthless sack of manure. He’s selfish, lazy, weak. He has crazy anger issues. And most importantly he lets Feyre whither away right in front of him. In the beginning of the novel, I thought maybe the cause of his character change was his own PTSD. I once thought he was noble and good…but the truth is Tamlin has been a worthless sack the entire time…Book 1 included. When he locks Feyre into a dungeon of his own making, I nearly lost my shit. OK, it isn’t exactly a dungeon since it is the entire palace but the girl just spent 3 months locked in a cell. How can he EVER think this is OK? And then the end of the book? Fork you, Tamlin. Fork you. (Isn’t it ironic that Tamlin is giving me anger issues?)

Recommendation: This is a must read. I don’t care if you don’t even read the first novel (A Court of Thorn and Roses), read this one.

**Note: I decided to use the recap from GR which is not my norm because I don’t want to accidentally give away too many spoilers by recapping the book or run the risk of not giving enough information that you decide not to read it. 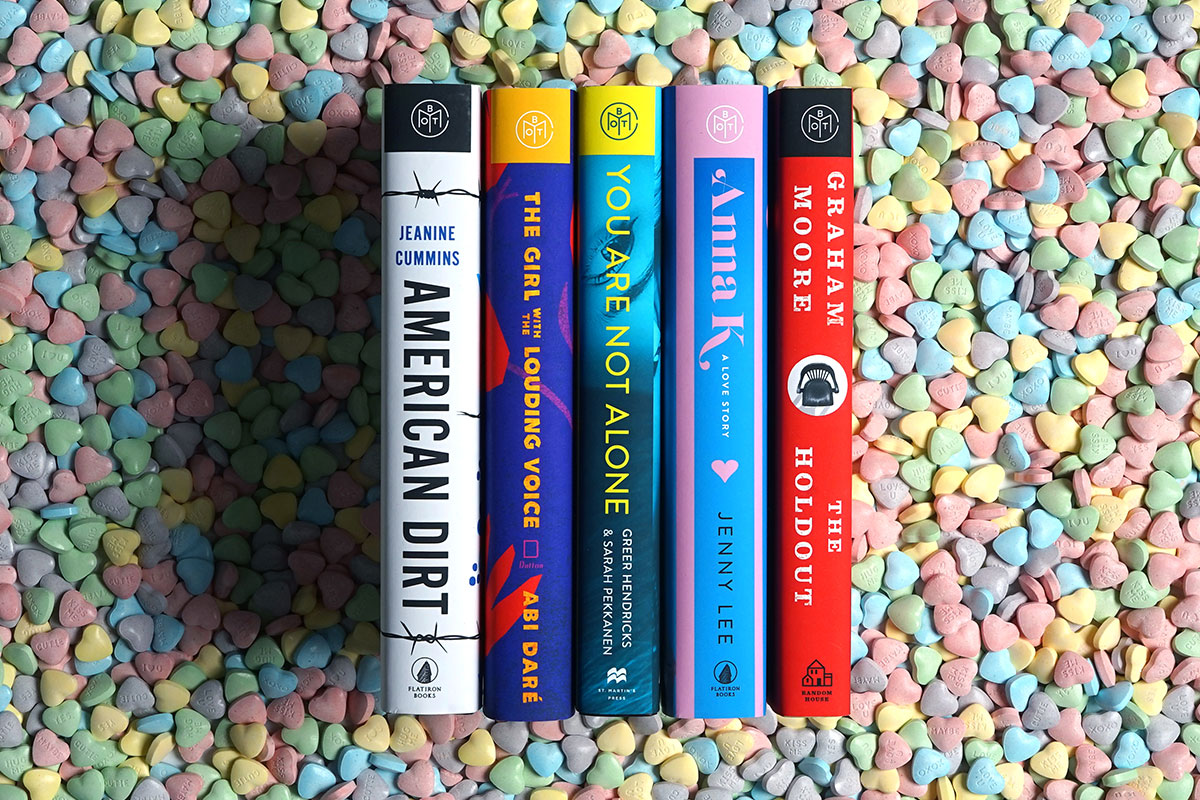 💥 US GIVEAWAY 💥 I was lucky enough to be gifted an advance copy of Saint X from Celadon books and now I want to pass it on to one of my fellow bookworms! To enter: 1) Follow me. Let me friends! 2) Like and save this post. 3) Tag some friends. That is it. I’m keeping it low key! Synopsis: Claire is only seven years old when her college-age sister, Alison, disappears on the last night of their family vacation at a resort on the Caribbean island of Saint X. Several days later, Alison’s body is found in a remote spot on a nearby cay, and two local men – employees at the resort - are arrested. But the evidence is slim, the timeline against it, and the men are soon released. The story turns into national tabloid news, a lurid mystery that will go unsolved. For Claire and her parents, there is only the return home to broken lives. Years later, Claire is living and working in New York City when a brief but fateful encounter brings her together with Clive Richardson, one of the men originally suspected of murdering her sister. It is a moment that sets Claire on an obsessive pursuit of the truth - not only to find out what happened the night of Alison’s death but also to answer the elusive question: Who exactly was her sister? At seven, Claire had been barely old enough to know her: a beautiful, changeable, provocative girl of eighteen at a turbulent moment of identity formation. As Claire doggedly shadows Clive, hoping to gain his trust, waiting for the slip that will reveal the truth, an unlikely attachment develops between them, two people whose lives were forever marked by the same tragedy. Disclaimer: Giveaway is open to US residents only (because postage). Giveaway will close on Saturday at 9 pm EST. Winner will be announce via stories. This giveaway is not affiliated with Instagram. 18 or older to enter.
💥BUDDY READ ALERT💥 @latestbookcrush, @gluttonousshelf and I are having so much fun in this month’s buddy read of The Chestnut Man that we are doing it again! March’s pick is The Sun Down Motel by Simone St James for our newly formed #threefriendsbookclub. If you would like to join, comment below. #qotd: What’s a book you think would be great for a buddy read?
💙BOOK REVIEW💙 Dear Edward by @annnapolitano is one of the most thought-provoking stories I have read in a really long time. The story itself is amazing but what I love most is that when I finished, I was left with three burning questions: (1) What did I just read, (2) How would I act if I was Edward and (3) How would I act if I was one of the family members who lost someone on that plane? Told in multiple points of view – before and after the plane crash – the story is less action and more back story. Not only will readers witness Edward’s survival and watch him learn to live again, readers will also get to know a few characters on the plane including Edward’s family, the lead flight attendant, a military vet, and so on. Dear Edward is so deep and moving, so poignant and powerful that unbeknownst to me, I developed a tiny book hangover. My mind was left reeling with so many thoughts and emotions. My heart simple ached. Rating: ⭐️⭐️⭐️⭐️⭐️/5. For the synopsis, click on the link in my profile. Dear Edward was recommended to me by @pattyisbooked. Count this as a definite #igotpattyed!
Oh, Monday. How have you already arrived? I’m cheating a little for today’s #coffeeandcurrentlyreading (hosted by my girl @thelittlereadingmermaid). I finished The Chestnut Man last week for the buddy read I co-hosted with @latestbookcrush and @gluttonousshelf and it’s AMAZING. I cannot wait to give you my full review. However today, I am just gonna inform you that our next buddy read will be announced on Wednesday!! I know...I’m such a tease today. I won’t give you a book review or the title to the next buddy read. You can just blame it on Monday. Also....are you loving this Eddie Bauer buffalo check throw? It’s ultra light and ultra warm! It can be used for air travel, car trips, camping, and of course at home. It even comes with a storage bag! You can get this and more @downlitebedding! Be sure to use coupon code for DYGEN15 for 15% off your entire order. What are you reading? Don’t want to tell me because I’m withholding information? It’s cool. I get it. Have a great Monday!